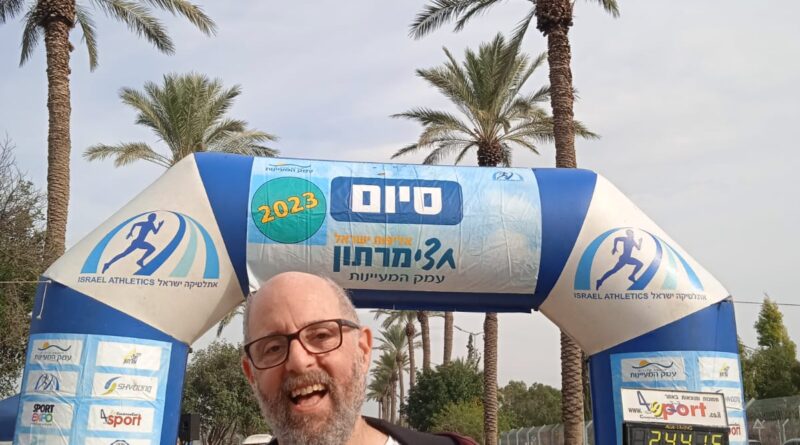 I ran a half-marathon last weekend and while spending over two hours with my thoughts and my music I realized that there are definitely lessons to be learned for your business from the experience.

Firstly, you have to know who you are competing against. Correct answer – only you. If, as a coach, I was trying to compete with Jack Canfield or Les Brown, I would lose. I am not in their league. I am not trying to make more money than them or improve more lives than them. I am trying to help more people than I did last year. And had I gone to the front of the pack at the starting line I would have gotten trampled. I was probably one of the last to start the half marathon at my own slow pace.

Having said that, soon after the half-marathoners started the 10K runners started. I know when they caught up to me because there were 5 buff guys, probably about 18, running one right behind the other. Soon after them came another pack of four guys and one little lady. And I thought, “You go girl!” She was holding her own and keeping up. So on the one hand, know who you are competing against, on the other hand, don’t be afraid to break a glass ceiling or two.

Second lesson – pace yourself. I was one of the older runners there and I usually run a kilometer in about 7½ minutes. But because the “tide of runners” was running faster than my usual pace, I ran the first 10 kilometers at a touch more than 6½ minutes per kilometer. And you can guess what happened to me in the second half of the run when the 10K runners weren’t there anymore. I did not pace myself well and I paid for it.

In business we have to pace ourselves. If you work one 15-hour day per week it might be sustainable. If you do that five times a week you are going to burn out. If you have to work extra hard to get your business up and running, you can manage. If you do that year after year, it ain’t gonna work.

Third lesson – just finish. Yes, the second half had much more walking than I wanted. Yes, people were passing my left and right. But whether I walked or ran, I finished. And there were still people along the way cheering me on and giving out water. In business, you need a network of people to cheer you on when you are flying high and when you are feeling down in the dumps. They may be your family or a business networking group but nurture that group.

Finally, challenge yourself every once in a while. It is good, it is invigorating and you make it out the other end a little bit stronger, even if your legs hurt for two days!

This newsletter is published by Dr. Shaya Kass and is meant for informational purposes only.